In this activity, students will learn about probability, how it is implemented in StarLogo Nova, and learn to use probability to implement chance behavior in agent movement.

Dice and Data Activity
Probability plays a large role in models of complex adaptive systems.  We’ll be programming our agents to mimic the movement of creatures in the real world.  There are also chance events that occur upon when agents interact such as the passing of a contagion from one person to the other.

Instructions:
Print out this activity sheet , get a pen or pencil, and two dice, then play both activities.
Work through the discussion sections then read the description below.

How do we use probability to implement chance behavior in agent movement?
In StarLogo Nova, we use the random command to simulate the roll of a die.   Random 6 would give me the result of rolling a 6-sided die with numbers 1 through 6 on the sides.  Random functions can also be used within other commands to implement random behavior.

What is actually going on? 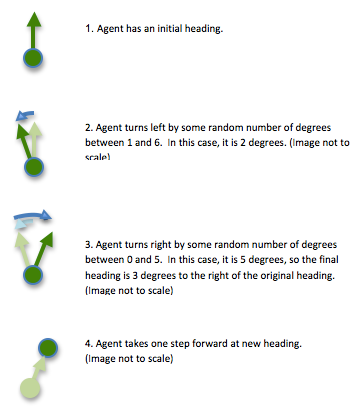 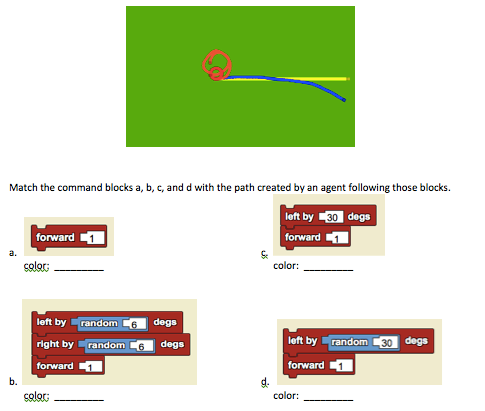 If you had difficulty with this self-test, one way to build your understanding and intuition about turtle movement is to make a model with turtles following the commands in answers a, b, c, and d above.